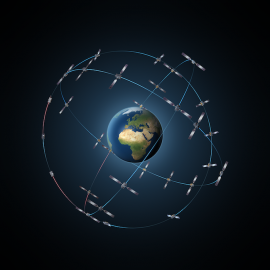 The need for a robust PNT to complement or back up GNSS in critical infrastructure/critical application is widely acknowledged. This translates into actions taken by stakeholders to further raise awareness (e.g. radio navigation plans in the US and Europe) and for some, pave the way towards some deployment (e.g. recent Request for Information initiated by the US Department of Transport for a timing infrastructure independent of GPS). This yields a renewed interest for Extremely Low Frequency (ELF) and Very Low Frequency systems, such as eLORAN or PTB, identified by some as a very relevant candidate to back up GNSS in timing applications.

However, the programmatic context around ELF and VLF technologies is diverse, with some countries having initiated the decommissioning of their infrastructure, others maintaining them, and some also considering investing in new eLORAN infrastructures. The understanding of the potential benefits and shortcomings of ELF and VLF technologies is not as widespread as it is for GNSS. Further investment in R&D in that area is recommended.

The objectives of the proposed activity are: