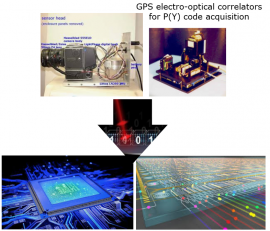 The demand for seamless positioning of IoT devices both outdoors and indoors is an important requirement for many logistic applications relevant to the digital transformation of industry. This is becoming more relevant as the degree of automation in industrial operations increases, together with the need of permanently tracking the location of inputs from suppliers, to be able to forecast potential disruptions in the supply chain.

The objective of the activity is to investigate and proof the concept of lowering the power consumption of PNT engines, for instance in IoT devices, or enhancing the processing capabilities without increasing power consumption, by using photonics technologies and processors.