Under NAVISP Element 1, ESA awarded  the activity “Pulsar Timescale Demonstration”  to a consortium led by GMV-UK with the support of the University of Manchester and the UK’s National Physical Laboratory.

The objective of the activity is to set up  a pulsar-based clock , called “PulChron”. The  system measures the passing of time using millisecond-frequency radio pulses from multiple fast-spinning neutron stars.

It is hosted in the Timing and Geodetic Validation Facility (TGVF) of ESA’s ESTEC establishment, at Noordwijk in the Netherlands, and relies on ongoing observations by a five-strong array of radio telescopes across Europe.

“PulChron aims to demonstrate the effectiveness of a pulsar-based timescale for the generation and monitoring of satellite navigation timing in general, and Galileo System Time in particular” , explains navigation engineer Stefano Binda, managing the PulChron activity.

“A timescale based on pulsar measurements is typically less stable than one using atomic or optical clocks in the short term but it could be competitive in the very long term, over several decades or more, the kind of time period in which individual atomic clocks will cease to work."

“In addition, this pulsar time scale works quite independently of whatever atomic clock technology is employed – it doesn’t rely on switches between atomic energy states but the rotation of a neutron star.” 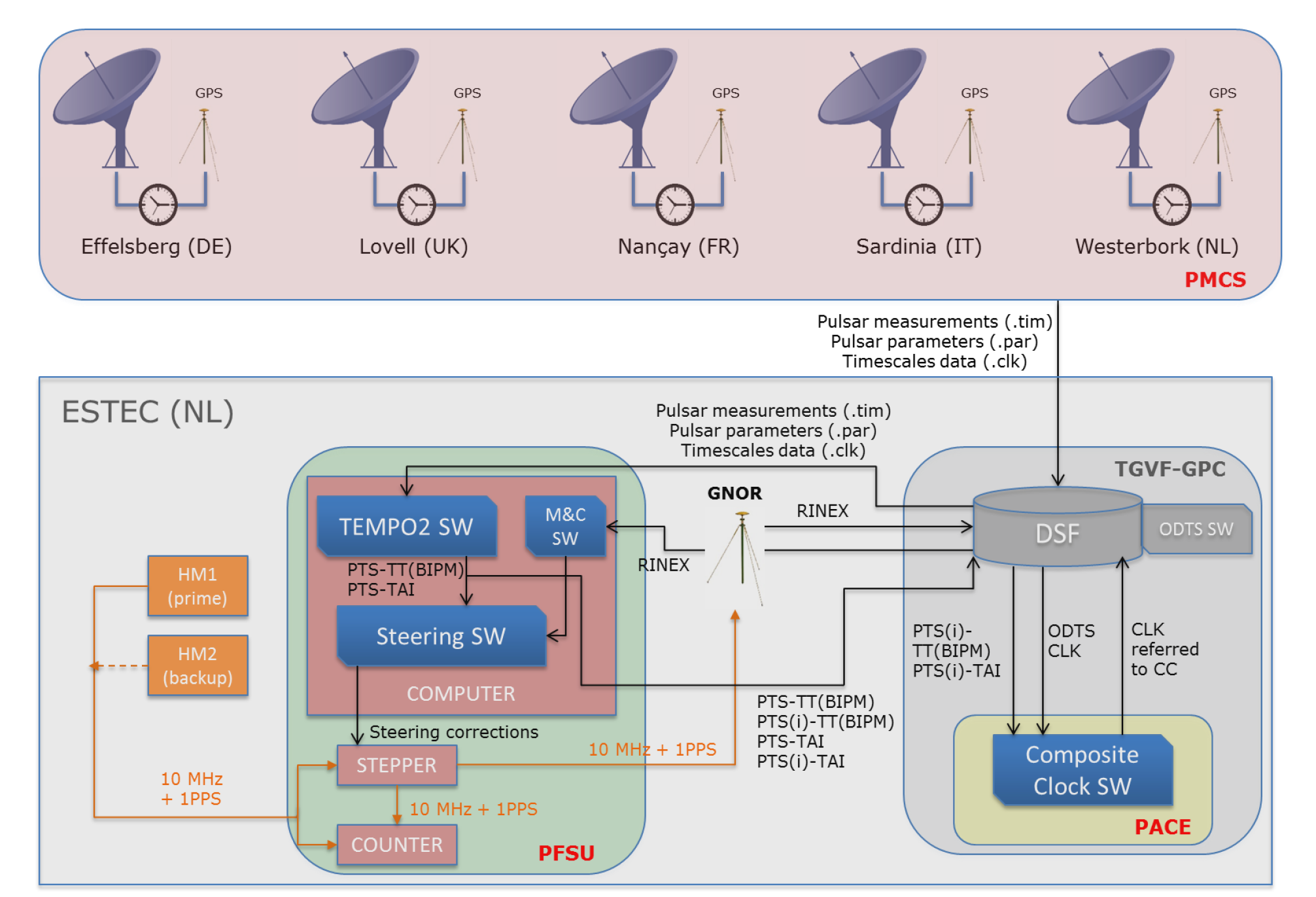 For “PulChron”, these radio telescope measurements are used to steer the output of an active hydrogen maser atomic clock with an equipment based in the Timing and Geodetic Validation Facility – combining its extreme short- and medium-term stability with the longer-term reliability of the pulsars. A ‘paper clock’ is also generated out of the measurements, for later use in post processing.

Stefano adds: “The TGVF provided a perfect opportunity to host the PulChron because it is capable of integrating such new elements with little effort, and has a long tradition in time applications, having been used even to synchronize time and frequency offset of the Galileo satellites themselves.”

PulChron’s accuracy is being monitored down to a few billionths of a second using ESA’s adjacent UTC Laboratory, which harnesses three such atomic hydrogen maser clocks plus a trio of caesium clocks to produce a highly-stable timing signal, contributing to the setting of Coordinated Universal Time, UTC – the world’s time.

The gradual diversion of pulsar time from ESTEC’s UTC time can therefore be tracked – anticipated at a rate of around 200 trillionths of a second daily.