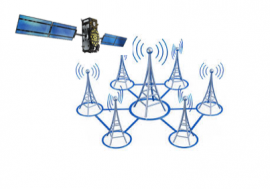 Wireless positioning systems based on passive ranging, as used in GNSS today, are very attractive and represent the most pragmatic and cost-beneficial solution for worldwide positioning in benign, secured environments; however, this may no longer be a one-size-fits-all solution for modern radionavigation usage as the need for complementary solutions offering adaptability, reliability and trust is continuously increasing.
The use of two-way ranging for radionavigation offers enhanced robustness against vulnerability to malicious compromise via spoofing or meaconing, which are typically suffered by passive one-way ranging systems such as GNSS.
Rather than operating on the principles of time-of-arrival ranging, a two-way ranging technique can form ranging estimates based on infrastructure interrogation, using cryptographic distance-bounding techniques, thereby firmly asserting the validity of the channel estimates. This scheme derives position estimates based on provably secure observations.
Recent research has proposed a variety of mechanisms for the secure position computation and verification of the positions of wireless devices. Often termed ‘verifiable multilateration’ (VM), these mechanisms are based on the measurements of the time of radio signal propagation, combining conventional multilateration with cryptographic distance bounding, or authenticated ranging. This enables verification of user terminal positions through the interrogation of a set of points in the communication system infrastructure. These schemes require reasonably wideband, duplex wireless communication, which is becoming increasingly available due to the demand for mobile broadband internet access.
There is a need to study the degree to which existing wireless communication networks can be exploited for two-way ranging and position determination, striving to offer a level of adaptability, reliability and trust not currently provided by passive one-way ranging. The activity should provide both a prototype of what is currently possible, and insights into how future communication networks could be optimised to support radionavigation with an emphasis on hybridising the use of the spectrum rather than adding single-purpose signalling.
Exploitation of communication networks, even at the application layer, may patch current GNSS vulnerabilities by utilising secure, bidirectional time-transfer techniques such as Precision Time Protocol (PTP) or Network Time Protocol (NTP). Elaboration of this concept at the physical or data-link layers, using challenge-response mechanisms, might offer further improvements in accuracy. Notably, secure time-transfer and, by extension, secure distance-bounding, is by necessity a two-way technique.
As a stand-alone positioning system, the further features of a bidirectional link can be exploited to enhance availability, efficiency and accuracy. The instantaneous spectrum dedicated to a given two-way link might be tailored. For example, though channel estimation and equalisation is generally used to improve data delivery, the same mechanism represents a means by which a user terminal might command a particular ranging waveform, to better suit its needs, whether narrowband or wideband, or having unimodal or multimodal spectrum. Similarly, the natural frequency separation of the uplink and downlink bands already offers some of the benefits of dual-frequency ranging, in terms of frequency diversity in fading channels.
The proposed activity shall develop a demonstration of secure radionavigation based on verifiable multilateration using existing wireless communication networks (e.g. 3G, LTE, WiFi). The platform will be based on a reconfigurable RF transceiver, complemented with software-defined radio communication functionality. Further evolution of the concept may seek to integrate space-based communication infrastructure (such as a HTS, or Iridium).
Two paradigms will be explored. The use of two-way ranging firstly as an augmentation to GNSS offering sporadic secure anchor points for an otherwise GNSS-based solution; and secondly as a stand-alone system, operating only on two-way ranging.
In order to ensure timeliness and a high probability of success, the activity will focus on leveraging pre-existing infrastructure and consumer off-the-shelf hardware, complemented with novel signal-processing techniques and cryptographic algorithms.
The result of the activity is expected to deliver a functional proof-of-concept of two-way ranging techniques to provide enhanced secure positioning. A prototype will support testing, thereby assessing suitability and limitations of current communication infrastructure, and offering insight into how future generations of communication standards could evolve to enable complementary secure ground or space-based PNT.
The tasks to be performed will include:

For the above tasks, the use of existing communication infrastructure should ensure relevance and avoid procurement/development delays. A software-defined radio approach should reduce development-cycle times, and reduce the fundamental development cost. Given the repeated success of this approach in the assessment and development of novel GNSS-based techniques in recent years, it seems appropriate to follow a similar approach.
If successful, this test may immediately stimulate further activities. Beyond a basic demonstration, it is likely that further activity in the development of bespoke protocol or signal design will be desired as a contribution to the definition of complementary space-based PNT. Furthermore, a successful demonstration will naturally lead to the need for a more formal security assessment and the development of adversarial test scenarios, allowing a direct comparison with what is available through concepts of secure-GNSS. 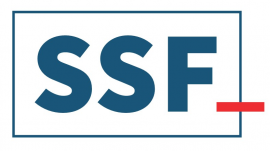 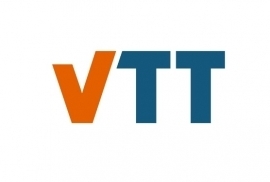