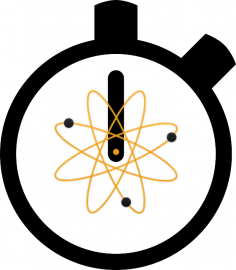 Compact and low power consumption atomic clocks, also known as CSAC (Chip-Scale Atomic Clocks) have grown a progressive interest during the last decades. Such devices feature the unique capability of a stable frequency and timing reference over extended periods of time, otherwise unreachable with conventional oscillator technology based on quartz crystal or MEMS resonators. Their benefits were demonstrated for a wide range of applications, such as PNT in adverse environment, secure telecommunication or in order to allow timing hold-over capability in case of loss of GNSS signal for a wide range of applications.

Current CSAC technology relies on the miniaturization of hot vapor clocks based on RF atomic transitions by employing micro-fabricated hot atomic vapor cells and simple interrogation architectures. Such solutions have enormously reduced their mass, size and power consumption to the cost of a lower frequency and timing stability as compared to conventional larger scale atomic references. Recently, publications have identified alternative advanced concepts for chip-scale atomic clocks, which open new paths for the possible miniaturization and integration of new technologies with improved size, weight, power or frequency stability.

The tasks to be performed will therefore include: