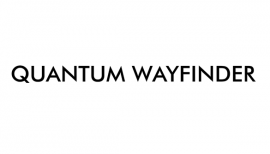 The exploitation of quantum physics has already enabled revolutionary technical applications and industries of enormous economic scale. The semiconductor industry alone is currently a €500 billion market, giving rise to industries on an even larger scale (smartphones, computing, software, etc.).
Quantum physics is now again set to radically change several industries, including communications, encryption, sensing, and computing, through the use of even more fundamental quantum effects such as superposition and entanglement. The counter- intuitive aspects of such phenomena allow tasks that are not otherwise possible to perform and could open up radical innovation opportunities in many application domains.
Because quantum effects are inherently fragile and sensitive to the outside world, they can be used to create exquisitely sensitive and precise devices for measuring (e.g. gravity, magnetic fields, and rotation). This can boost accuracies for inertial- and magnetic-based navigation by orders of magnitude.
Inertial-based navigation relies on measurements of acceleration and angular rates only. While autonomy is the key advantage, the accumulation of errors over time is limiting accuracies, e.g. a ship travelling from Portsmouth to New York would need initial attitude to 5e-5° to achieve GNSS-like accuracy. Today various technologies are available on the market, which vary in price and accuracy. Low-cost consumer markets are using MEMS (1-1e3 °/h), while the highest stabilities are achieved with Ring Laser Gyros (1e-3 °/h). Quantum-based sensing techniques promise a significant improvement of the accuracies by several orders of magnitude, which could enable high-precision navigation with long autonomy times.
Fundamental laboratory experiments tests have shown promising results, using, however, large equipment unsuitable for portable applications. Quantum-based sensors may step in for areas where satellite navigation is inaccessible, and provide a robust complement.
The main objective of the activity is to demonstrate the potential of quantum effects, in particular:

The technology starting point could be based on cold atom laser gravity measurements, gravity mapping, etc. This could lead to a game changer for autonomous navigation due to the drastically boosted accuracies of inertial-based systems. It would enable user independence in challenging environments or redundancies in safety-critical PNT applications. Demonstration of this innovative PNT concept in a field experiment has not yet been performed.
The results of the activity will provide: 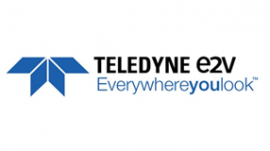