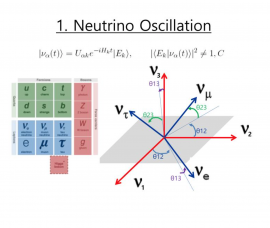 This activity represents an innovative concept to realise Positioning, Navigation and Timing using neutrino particles. At present, standard navigation approaches – including satellite navigation – rely on direct line-of-sight RF and optical communications. Neutrinos move at around the speed of light, have no electric charge and are low mass, thus showing very low interaction with normal matter. These extraordinary characteristics could enable the use of neutrino beams for communication, navigation and time dissemination with buried or submerged craft and even distant planets, without the need to deploy antennas or use relay satellites. All those current PNT applications could of course also be candidates for this new approach.

In certain environments, such as those where nuclear-powered submarines operate, unlimited submerged endurance is required. However, the need for these craft to communicate and position themselves ultimately ties them to the surface. Therefore, communication at operational speed and depth is highly desirable.

Currently, only radio transmission at extremely low frequency (ELF) of less than 100 Hz is able to provide communication at speed and depth. ELF data rates are very low, of the order of one bit per minute, due to the very low bandwidth, the high noise levels and the difficulty in generating high-powered signals. Instead, radio transmission at frequencies of a few kHz (very low frequency, VLF) is used, providing data rates around 50 bps; however, the seawater penetration of VLF is limited.

The application of neutrinos for communication and navigation was considered until 2009 not to be a feasible approach. This changed when the problem was re-examined in view of the latest technological advances. Recently, several works have demonstrated that a neutrino beam from a muon storage ring can be detected by sensors mounted on the hull of a submarine. This would enable establishing a one-way communication link at speed and depth with data rates in the range of 1 to 100 bps, improving the current solution, based on ELF and VLF, by a factor of 1 to 3 orders of magnitude.

In 2009, the first concepts of navigation based on the detection of neutrinos coming from the Sun were proposed and patented. The proposed method involves measuring the angle of arrival of neutrinos emitted by a source and tagging the neutrino measurements using an accurate clock. The method and system further involves processing the tagged neutrino measurements through a computational model of a neutrino generator and combining the processed measurements with navigational aids to provide location information. A system and method in accordance with an embodiment measures the angle of arrival of neutrinos generated by the Sun, thus deriving navigation information obtainable deep underground or under water. Additionally, the system provides robust navigation, without drift, in the absence of other common navigation systems such as global positioning systems.

The objective of the activity is to demonstrate the feasibility of the concept for PNT applications. It aims at formulating a technical concept for further validation. In order to achieve this, the activity will also identify candidate facilities for later testing, including discussions on pre-agreements with potential facility owners. The activity includes analysis of message coding and decoding, estimation of neutrino beam channel parameters and derivation of a “link budget” for neutrino PNT applications.