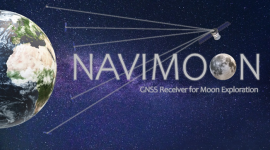 GPS has been used in space for more than 20 years and currently it is consistently used in LEO orbit satellites in order to provide position, velocity and time information. Extension of its use to higher altitude missions has been the subject of multiple studies, GEO and GTO orbits currently exploit GNSS signals and the NASA Magnetospheric Multiscale (MMS) mission has recently demonstrated that tracking of GPS signals is possible up to 70,000 km from Earth’s surface. The interest of the various GNSS Service Providers has been reflected in the production of a multiconstellation SSV (Space Service Volume) booklet in the framework of the UN ICG (International Committee on GNSS), which has confirmed the interest of using GNSS signals for space missions even beyond near-Earth.

The possibility of extending GNSS for missions to the Moon has preliminarily been assessed by ESA via GSP (General Studies Programme). These preliminary studies conclude that navigation to the Moon using GNSS complemented by other instruments could be feasible, provided specific high-sensitivity techniques are implemented in receivers.

The interest of having in the near-future an available PNT service for the Earth-Moon system is currently supported by both institutional and commercial initiatives. On the commercial side, multiple companies are developing business solutions targeting the Moon (e.g. proposing tourism applications or moon mining) and several major European companies are proposing to team up to build a communications network on the Moon compatible with terrestrial standards. In parallel, NASA has recently announced its plans for a “Return to the Moon” in the next decade and the NASAESA Orion space vehicle should be operational in early 2020, with crewed missions covering the Earth-Moon system. ESA is also participating in multiple future reflections about potential missions to the Moon, such as the potential international Gateway station on Moon orbit or the launch of a Cubesat to the Moon (LUCE mission).

It is therefore of high interest to assess in detail the feasibility and associated achievable performance of a complete PNT system, exploiting current multiconstellation GNSS signals for Earth-Moon missions. As mentioned above, the scientific interest for the proposed activity has been conveyed through the GSAC.

The main objectives of the activity are twofold: 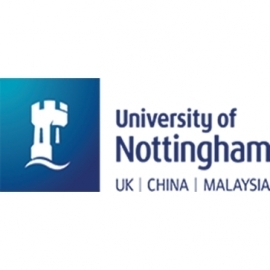 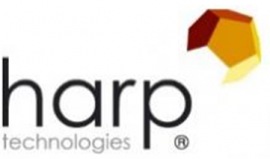