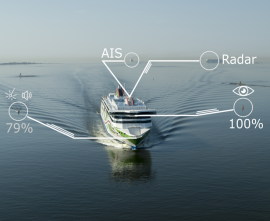 Maritime transport is currently facing new challenges such as significant increases in transport volumes, more stringent environmental requirements and a shortage of seafarers in the future.
One of the many new concepts having the potential to overcome these challenges is autonomous ship navigation. In particular, the concept is expected to allow for more efficient and competitive ship operations while reducing the vessels’ environmental impact.
The objectives of this activity are to:
- Study artificial intelligence and machine learning techniques for the combined use of multiple sensors in maritime PNT receivers for autonomous vessel navigation;
- Implement a proof-of-concept prototype autonomous navigation PNT receiver using the techniques identified;
- Study the feasibility of implementing an autonomous vessel navigation PNT service leveraging current and future European GNSS using the techniques identified.
The tasks to be performed will include:
- State-of-the-art review of artificial intelligence algorithms (neural networks, machine learning, decision trees, etc.) applied to sensor fusion for general navigation;
- Analysis of operational requirements in terms of at least the accuracy and integrity of unmanned vessels for at least two representative maritime operations;
- Study, define and trade-off artificial intelligence methods and techniques for the combination of data from multiple sensors and propose more defined architectures for autonomous vessel navigation;
- Create a proof-of-concept autonomous navigation PNT receiver prototype using different sensors and systems (based on COTS components) to test the artificial intelligence methods and techniques identified;
- Perform laboratory tests and simulations on the proof-of-concept prototype in a variety of situations with a particular focus on assessing performance with regard not only to accuracy but more importantly to resilience and integrity (for example under interference situations) linked to the selected maritime operations;
- Perform a training phase and testing campaign on a vessel using the proof-of-concept autonomous navigation PNT receiver prototype in order to assess the performance of the artificial intelligence methods and techniques implemented;
- Identify areas and technologies that will require further evolutions to achieve operational requirements whose feasibility is not possible with current and planned European GNSS systems.
The activity outcome will be instrumental for the development of autonomous vessel navigation and future standards on the topic. The proof-of-concept prototype will constitute an initial tool available to ESA, industry and third parties to test future options for maritime autonomous vessel navigation.
The Executive will ensure coordination with EC and EUSPA, in particular for the task related to analysis of operational requirements and for dissemination of joint information papers at IMO and IALA. 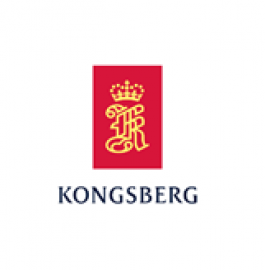